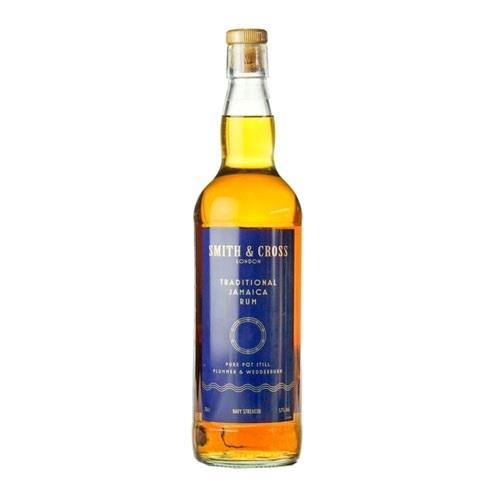 Limited stock
This rum represents the distinctively flavourful and aromatic style that made Jamaican rum famous. Containing only heavier bodied Wedderburn and medium bodied Plummer pot still distillates, famous for their notes of exotic fruits and spice and fermented using a local strain of yeast indigenous to Jamaica, Smith & Cross delivers a tour de force of flavour and complexity that historically made Jamaica Rum a cornerstone of many classic drinks. Here we offer a blend of approximately equal parts Wedderburn and Plummer, the former aged for less than a year, and the latter blended from rums that have spent between 18 months and 3 years in white oak barrels.

This rum is blended at 57% ABV ( or 100 English proof).
This was the traditional strength required by the British Royal Navy. At this proof a spill of the spirits would not prevent gunpowder from igniting.