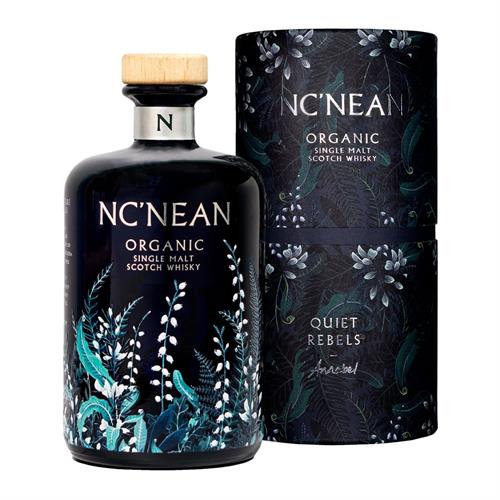 Introducing the first seasonal release from Nc'Nean's new series of whiskies, Quiet Rebels. This series is all about the people who make Nc’nean what it is, about their small team of eco-conscious drinks fanatics on a mission to bring together a new generation of Scotch drinkers.

Nc'Nean might be small, but their job is mighty, to pioneer sustainable production whilst creating innovative and delicious spirits. They’re kicking things off with their very own queen of spirits Annabel, who back in 2013 left her job as a consultant in London to found Nc’nean. After a trip around Scotland, plus years of research, fundraising and building, Annabel established the small distillery on her parents’ farm on the wild and beautiful Morvern peninsula. Her mission was to build a distillery which could lead the way in both innovation and sustainability, and one which could bring together a team of quiet rebels who shared those same values.

So just a year after releasing the first whisky, Annabel wanted to create a spirit which showcased some of the early flavour experiments. After rooting through the warehouse, she has picked a moreish combination of ex-Bourbon and ex-Tokaji barrels, a Hungarian wine cask which Annabel favours for the sweet and velvety texture it brings to the whisky. Together, they produce a richly perfumed spirit, with notes of floral almond biscotti, desiccatedcoconut and tropical fruits.