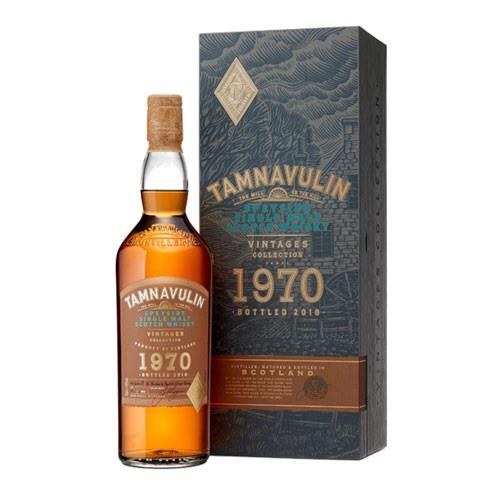 The 1973 Vintage from Tamnavulin is matured for a total of 45 years, initially in American White Oak Bourbon Barrels then aged in Matusalem Oloroso Sherry butts before being returned back into First Fill Bourbon barrels for a final finishing period.

On the nose it is ginger biscuits, sultanas, refreshing melon notes amongst the soft marzipan. On the palate it is full of succulent peaches, fruit cake, cinnamon and a touch of maple syrup and vanilla.

Distilled in October 1973, this whisky has spent 45 years maturing in hand-selected Bourbon barrels and Sherry butts.