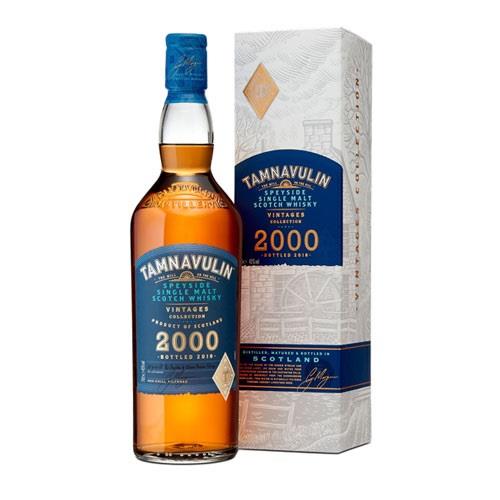 On the nose there is hints of honey, creamy caramel, tropical fruits and a touch of cinnamon. To the palate it is sweet, warm notes of toffee apple, Madagascan vanilla, hazelnuts and butterscotch candy.

Tamnavulin Distillery was closed from 1995 until 2007 however, for a period of only five weeks in the spring of 200, the stills were relighted and the whisky produced stored in our warehouse until now. This is a rare and exceptional 18 year old whisky.