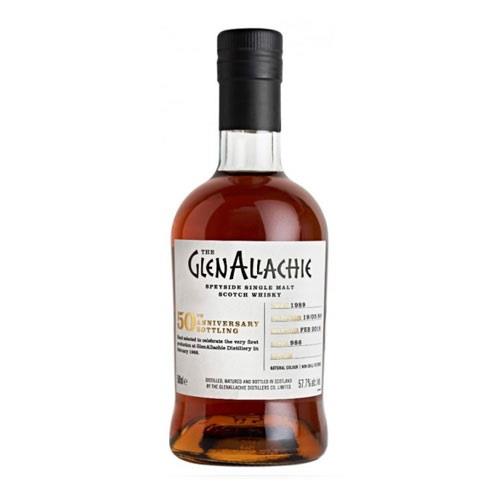 The Glenallachie 1989 Cask 986 is a limited edition 28 year old single malt celebrating the 50th anniversary of Billy Walker running the distillery. He has personally selected six casks to make up this special release as a prelude to a the distillery's first ever core range released later in the year. This particular whisky is the strongest of these limited editions and has been matured in sherry butts.

One per bottle per customer only.