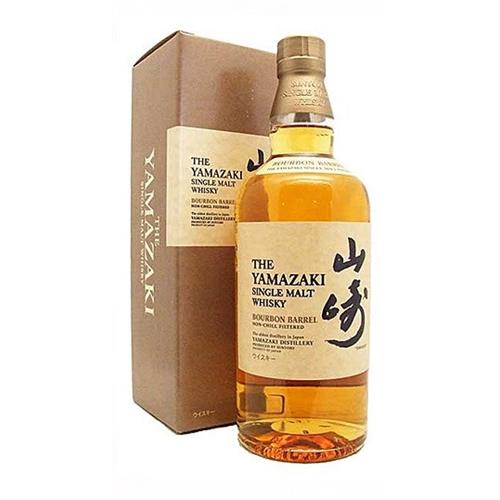 Notify me when this product is back in stock
Limited stock
The 2013 bottling of Yamazaki Bourbon barrel has just arrived. Bourbon barrel refers to the type of cask used to hold Bourbon whisky. The Cask interior has been thoroughly charred. When used to age Yamazaki malts, the charred white oak imparts an elegant aroma and sweet vanilla flavour. Smaller than other types, these 180-litre barrels are more susceptible to the surrounding atmosphere and produce whiskies distinctive to the region where they have been aged.
Yamazaki Bourbon Barrel is a superior single malt whisky made from carefully- selected Yamazaki malts. The whisky is nurtured in Bourbon barrels and stored in ageing cellars in Japans Yamazaki and Oumi regions until it reaches the peak of maturity. It is in these regions that nature paints a changing backdrop with a palette of seasonal colours and the warm, moist climate slowly matures the whisky. The result is a distinctively Japanese whisky with an uncommon aroma and smooth, lingering, sweet flavour that only a Bourbon barrel can impart. Try it neat for a taste experience that will last a lifetime.
@BUNDLEPHOTOS[BUNDLEPRODUCTS] 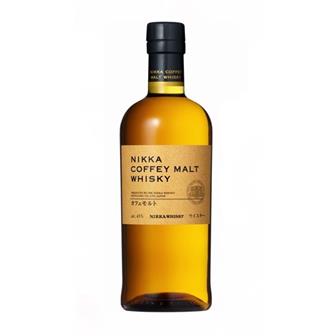 Nikka Coffey Malt has been made from 100% malted barley. However it is not categorised as “malt whisky” but as “grain whisky” since it is not distilled in a pot still. This unique production method results in extraordinary flavors and texture. 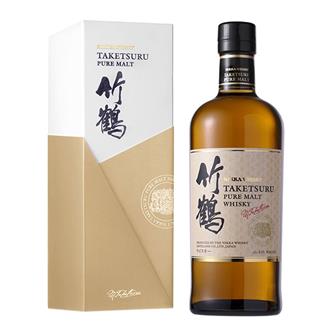 This is a blended Malt from Nikka's two distilleries Yoichi and Miyagikyo, showing the gentle flavours and fruitiness, but very well balanced introduction to Japanese whisky. 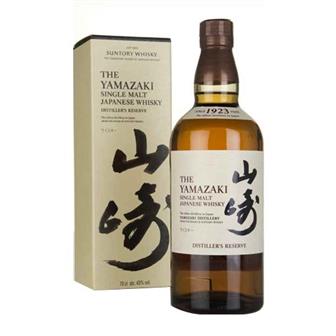 Yamazaki Single Malt has proved to be one of the most popular Japanese whiskies available today. This new edition the Distillers Reserve has been brought out to relieve sales pressure on the more expensive 12 years old, but provides the perfect example... 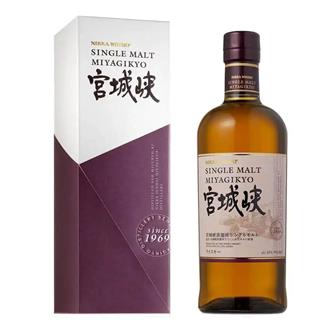 This is a new bottling from Nikka a single malt from the Miyagikyo distillery with no age declaration but it contains some older malts and some younger to give complex flavour with an emphasis on sherry casked whiskies. 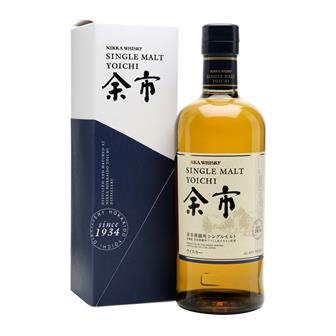 This is the peated malt in the Nikka stable from the Yoichi distillery located on the coast of Hokkaido, the northern most Island of Japan. It is made from various ages to achieve a complex fruity malt with balanced smoke and floral aromas. 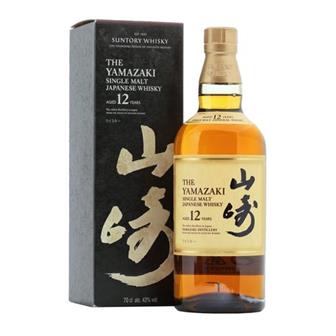 Japans premiere single malt with a delicate and elegant taste that makes it a superbly drinkable whisky with layers of complex aromas. It continues to capture the hearts of whisky lovers the world over. 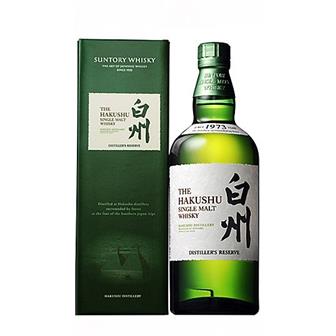 New entry level single malt from the Hakushu distillery in Japan with a nose of peppermint, melon and cucumber leading to a fresh zesty palate and a subtle smoky finish. Excellent value and a good introduction to Japanese whisky. 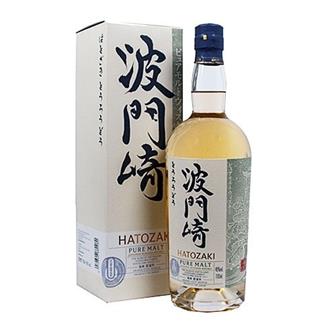 This Pure Malt is named after the Hatozaki Lighthouse, the oldest stone built lighthouse in Japan that resides near to the Kaikyo Distillery in the Akashi port since 1620. A very easy drinking Japanese Whisky. A very light straw colour is present in t... 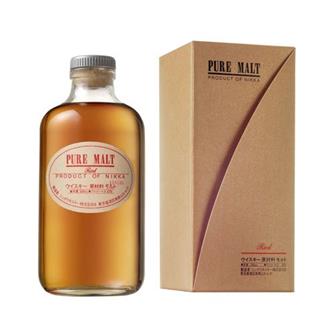 Pure Malt Red from Nikka is mainly made up from Malt whisky from the Miyagikyo distillery, so its characteristics follow this distilleries style of fruity. soft malt with gentle vanilla oak. 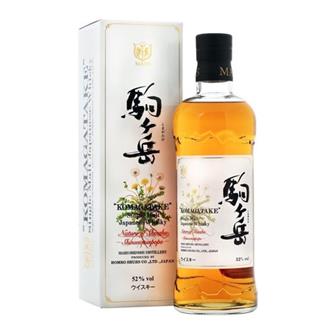 Inspired by the distilleries beautiful, quiet and harmonious surroundings this single malt is set to be treat. This is the third release in the Nature of Shinshu series and this bottling has been inspired by the dandelions which pop up in spring time i...