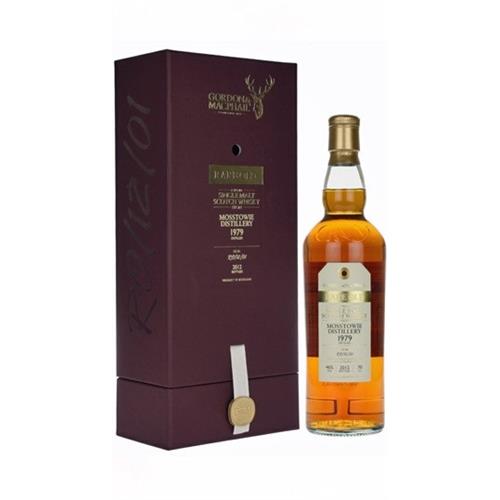 Notify me when this product is back in stock
Enter the ballot for Mosstowie 1979 Bottled 2012 Gordon & Macphail Rare Old 46% 70cl
Limited stock
A very rare bottling of the Mosstowie which was distilled at the Miltonduff distillery in 1979. It was made in a Lomond still a type of still which enables you to produce different styles of whisky from the same still. Mosstowie ceased production in 1981 when the stills were altered to produce Milltonduff single malt, a key componet in Ballantines Blended whisky.
1 of only 350 bottles.