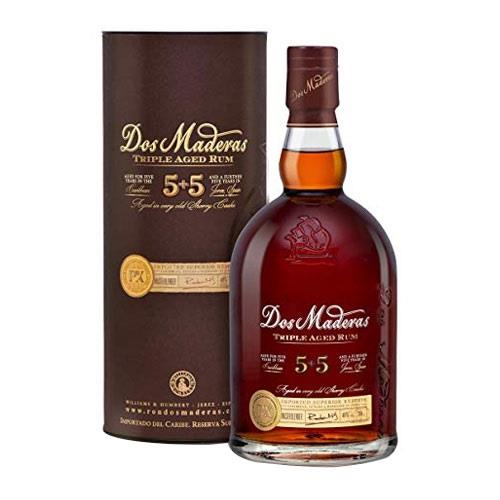 Dos Maderas PX 5+5 years rum is very unique in the fact that it has been triple aged. Firstly it is aged for 5 years in the Carribean in American oak cask then shipped over to Spain to be aged for a further 5 years in two different styles of sherry cask. When it arrives it is transfered to casks which previously held Dos Cortados, Palo cortado sherry for 3 years then transfered to casks which previously held Don Guido Pedro Ximenez sherry, the sweetest variety of sherry for 2 years.

This triple cask maturation has had a unique effect on the rum with dark raisin and fig flavours with smooth vanilla. It strikes a lovely balance of aromas and flavours.