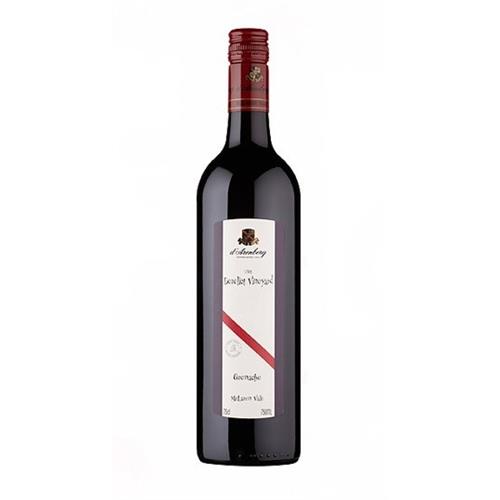 Notify me when this product is back in stock
Limited stock
A full, red-fruited Grenache, this races from bright strawberry to darker tones of pomegranate. It's tart, with a sandy texture to the tannins that lends the wine firm grip.
The first sniff gives an indication that this is a Grenache of serious depth and structure. Dark cherry and plum stone are the dominate fruit characters with a lovely touch of lavender and violets overlaying cinnamon. The palate has savoury elements of charred meats dried herbs and dark chocolate. The oak influence is subtle and well integrated with charming powdery grippy tannins.
dArenberg is one of the most significant wineries in McLaren Vale. Founded in 1912 by Joseph Osborn, fourth generation, Chester Osbourn took over the reins as Chief Winemaker in 1984.

The last decade has seen Chester develop a range of white wines every bit as individual and thrilling as the red Rhone varieties with which the company made its name. There is method to his madness (and his shirts!) and no one knows their soils and vines better than Chester.