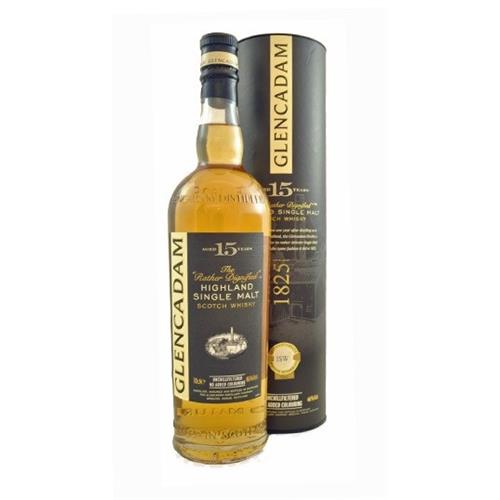 Enter the ballot for Glencadam 15 years old 46% 70cl
Limited stock
Glencadam Distillery is located about half a mile outside the ancient city and former Royal Burgh of Brechin in the kingdom of Angus in the eastern Highlands of Scotland.

Its neat and trim appearance is most welcoming and is in no way spoiled by the proximity of its nearest neighbours, Brechin City football club on one side and the location for spirits of a different kind on the other side, namely, the municipal cemetery!