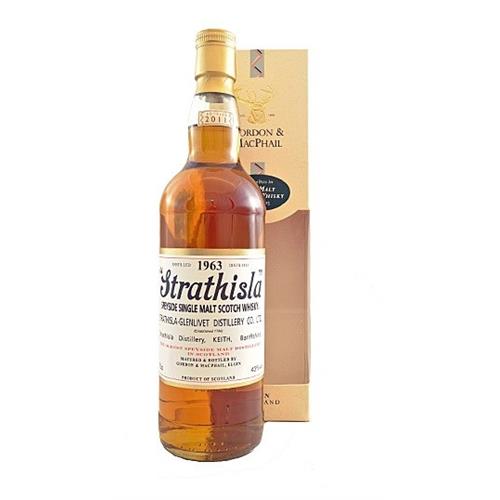 Notify me when this product is back in stock
Enter the ballot for Strathisla 1963 43% 70cl
Limited stock
Founded by George Taylor and Alexander Milton, it was originally known as Milton - named after the nearby Milton Castle. Strathisla was the name of the actual whisky produced and eventually became the name of the distillery. Much of Strathisla's production is used for blending and the distillery is the home of the one of the most famous blends - Chivas Regal. The distillery is the oldest in Northern Scotland and is certainly a delightful distillery to visit as it has an almost fairytale quality.
This rare bottling from 1963 has been matured in first filled sherry butts which gives it, its glorious mahogany colour.
AROMA without water Initially a delicate fresh edge. Stewed fruity notes (raisins and apples) and a rich sweetness develops.
TASTE without water Mouth warming and creamy with a burst of chilli spices. Some dark chocolate notes emerge with a touch of aged leather.
AROMA with water Defined estery notes, fresh, fragrant and floral notes (rose petals). A hint of ground coffee beans develops and a sweet fugde element.
TASTE with water Sweet with a subtle hint of spices. Mouth warming, very smooth and pleasant.