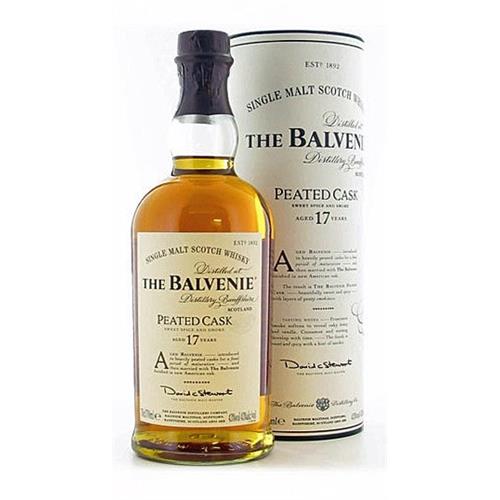 Balvenie Peated is a marriage of whiskies finished in heavily peated casks & new American oak barrels In 2001, a heavily peated batch of barley was bought from a local supplier, distilled & allowed to mature.

To rejuvenate the maturation process the whisky was transferred to newly treated traditional casks. The casks that originally held the peated liquid had taken on much of the character were without purpose Until filled with 17yo Balvenie for a short period, the result was an intensely peaty whisky
Married with Balvenie finished in new American oak casks produced a rich & spicy malt with layers of smokiness.

The intention was not to emulate a traditional Islay style, but to explored the impact on aged Balvenie
This limited edition expression will be released over a two year period with a second bottling in 2011