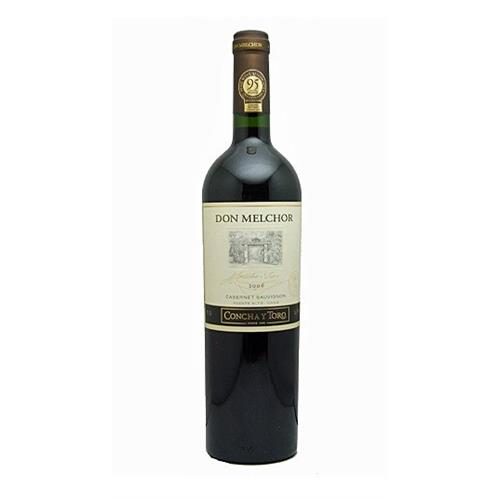 Notify me when this product is back in stock
Limited stock
Don Melchor is the first and only Chilean ultra-premium wine with 21 vintages of history. It carries on the responsibility of showing the world, Chilean potential for crafting exquisite world-class wines.

Winemaker Enrique Tirado has had a long and illustrious career at Via Concha y Toro. After joining the Company in 1993 to lead its premium brands, in 1997 he was appointed head winemaker to assume responsibility for its super premium and ultra premium labels in addition to the Companys icon wine, Don Melchor.

An uncanny winemaking sensitivity and tireless research into different terroirs in 1999 led to his designation as sole winemaker of Don Melchor, the icon wine from the renowned Puente Alto vineyard in the Andean foothills on the north bank of the Maipo River.

Don Melchor is a hearty assemblage of Cabernet Sauvignons originating from distinct, yet contiguous sub-divided blocks. Some years, small quantities from the 7 hectares of Cabernet Franc are added.

Over the years, slight differences have been noted in six sections of the Cabernet Sauvignon vines. Each contributes something special to the final blend (see map).
Nevertheless, every vine still delivers the distinctive style of this contemporary classic

A slower than usual maturation and a tremendous difference between daytime and night time temperatures allowed us to pick the grapes later than in previous years, between April 25 and May 19.

The climatic conditions coupled with intense vineyard segmentation allowed us to follow maturation levels closely and wait patiently for the tannins to truly ripen while conserving the fresh fruit expression of Cabernet Sauvignon from Puente Alto.