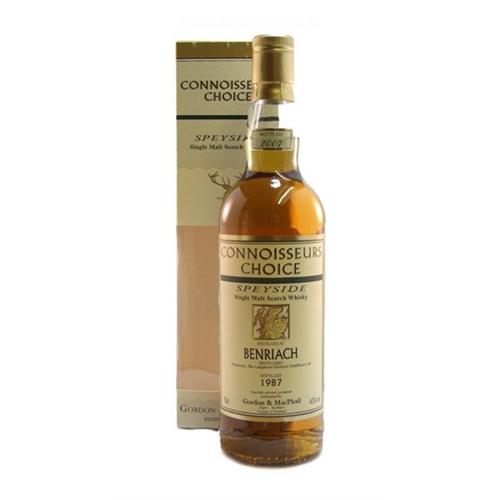 Notify me when this product is back in stock
Limited stock
Established in 1898 by the Grant family on the same site as Longmorn Distillery, Benriach Distillery was mothballed after just two years of production following the Pattison Crash. In 1965 the distillery was re-opened by Glenlivet
Distillers after a period that saw most of the distillery re-built. In 1978 Benriach was purchased by Canadian whisky firm, Seagrams and as a result of the need to step up production, Benriach was extended from two stills to four. In 2004 the distillery was acquired by an independant consortium.
@BUNDLEPHOTOS[BUNDLEPRODUCTS]