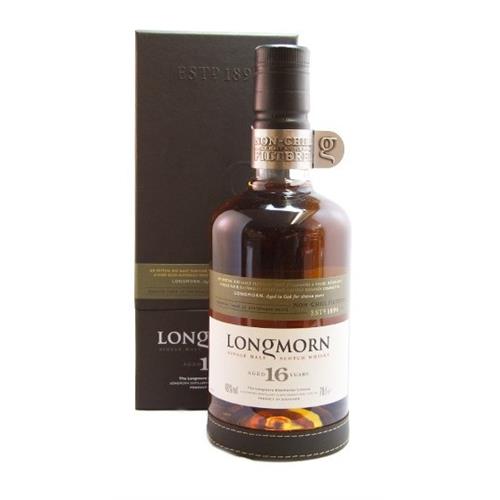 Notify me when this product is back in stock
Enter the ballot for Longmorn 16 years old 48% 70cl
Limited stock
The Longmorn Distillery was founded in 1894 by John Duff and his partners George Thomson and Charles Shirras. The distillery lies by the river Lossie outside the city of Rothes, a few kilometres south of Elgin.

The word Longmorn is derived from the Gaelic word Lhanmorgund which means Morgan, the wholly man. Lhanmorgund stems from the word Mo-emin-og which is the name of a fifth-century missionary who was canonized for bringing Christendom to the area surrounding Moray. During the middle ages a chapel was erected in honour of the missionary who is also called St Marnan or St Marnoch. It is said that the warehouses of the Longmorn distillery stand on the very site of this chapel.

This classic Speyside malt whisky offers attractive malty and heathery notes on both nose and palate. It has a soft, creamy texture and a long gentle finish with notes of ginger spice