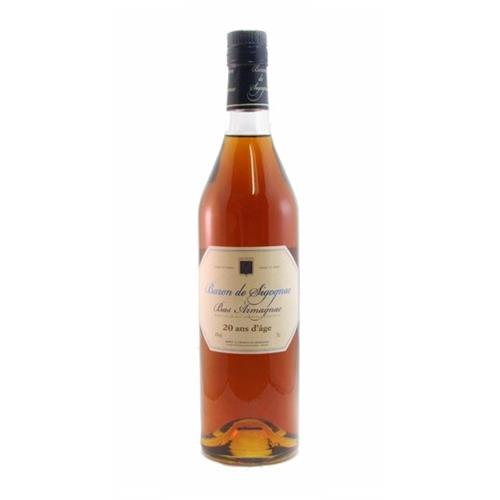 Enter the ballot for Baron Sigognac 20 year old 40% 70cl
Limited stock
In wooded presentation box, fantastic value for money, one of our best sellering Armagnacs.
The Guasch family have been in Gascony since the 12th century. They have owned the chteau at Bordeneuve since 1974 and are one of the regions largest courtier and negociant operations. Today the father-and-son team of Jean-Claude and Thomas look after viticulture, vinification and distillation.


Bordeneuve has 30 hectares dedicated to vineyards; 75% are planted with ugni blanc and the rest with baco. The vineyards are superbly situated on very fine clay-sand soils, which are high in acidity and in some places mixed with iron, hence the name sables fauves or tawny sands. Boulbne topsoil, the characteristic regional sediment, is rich in limestone. The domaine is almost unique in the region as all its production is distilled into armagnac instead of wine.


There is one short column still at the domaine (almost 100 years old), which produces up to 5060 casks of new spirit annually. The wine is distilled on its lees, and drawn off at 5558%, depending on the harvest. Distillation is continuous through day and night and manually controlled to account for temperature and humidity changes.

Very supple on the nose dominated by impressions of vanilla and reminiscent of brioche. Quite velvety on the palate at the start followed by flavours of violets, prunes, and vanilla. A gentle but long finish evokes liquorice, cinnamon and dried fruit. 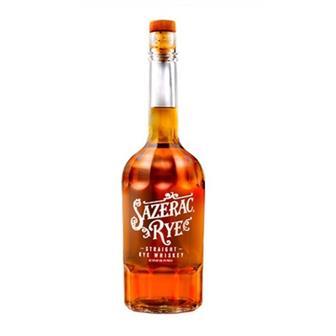 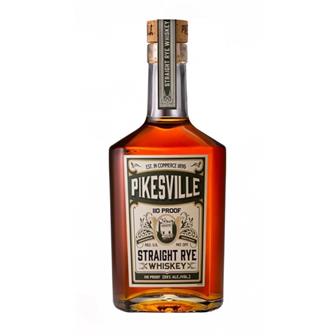 Pikesville Rye has been produced since the 1890s after reemgerging from prohibition and is now produced at the Heaven Hill distillery in Kentucky. Made from extra aged casks it is now bottled at 6 years old and at barrel proof of 110% (55% vol) rich an...