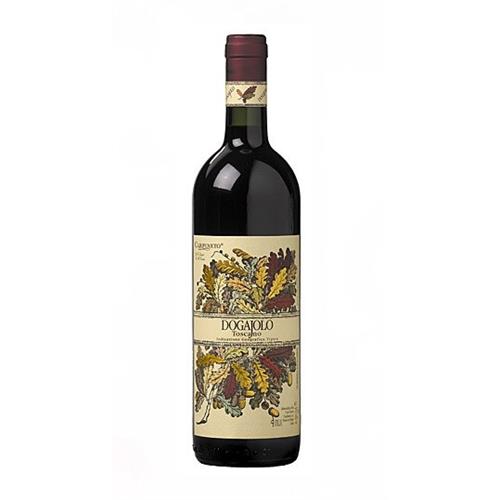 Notify me when this product is back in stock
Limited stock
Carpineto was founded in 1967 by Antonio Zaccheo and Giovanni Sacchet and farms 424 hectares of land spread over four estates among Tuscany's most prestigious appellations. The original aim of the producers - to produce modern, world-class red wine from the Chianti Classico appellation (a radical departure when most Chianti was still produced in the traditional wine-making style) - has been admirably fulfilled. Pioneers of internationalism of Tuscany, the Dogajolo is a great example of this ethos of action.

A blend of Sangiovese and Cabernet Sauvignon gives a wine whichis fruity, full and soft with notes of cherry, vanilla and spice on the nose.

Food match
Given its fruitiness, Dogajolo can be paired with first courses and white meats, but shows at its best with full-flavored dishes such as roasts, grilled meats, cold cuts and Tuscan regional specialities.