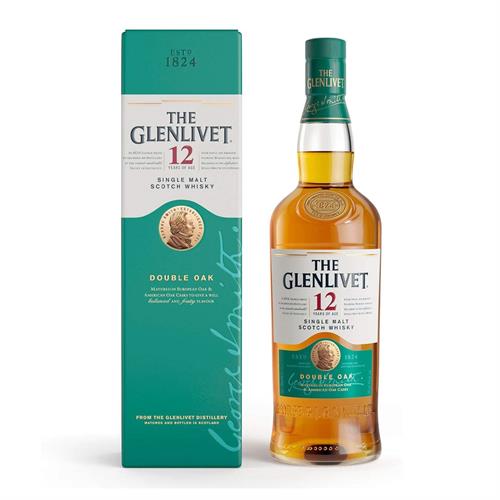 Notify me when this product is back in stock
Enter the ballot for The Glenlivet 12 Year Old 70cl
Limited stock
The Glenlivet Distillery roots can be traced back to 1815 but it is well known that illicit distilling was going on long before then. In 1817 George Smith leased some land at Upper Drumin Farm, he continued illicit distilling to supplement
his crofters wage. During 1823 an Excise Act was pushed through by the Duke of Gordon - Smiths's landlord - to stop illicit distilling. Gordon then persuaded Smith to take out the first licence and he also helped to set up the distillery at
Drumin. Due to the success of Glenlivet, a number of distilleries in the region appended the name Glenlivet to their own. In 1880 J.G. Smith took legal action and the court ruled that there was only one "The Glenlivet".
Distillery bottling.