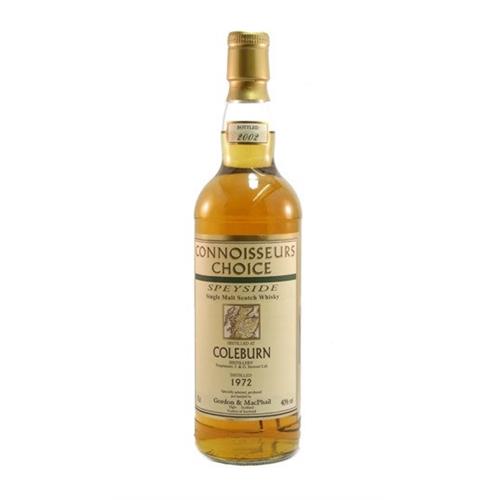 Notify me when this product is back in stock
Limited stock
Coleburn Distillery was built by John Robertson of Dundee and lies to the east of the River Lossie between Elgin and Rothes. The location was chosen for the water supply and the Great Northern Railway which ran close by. The distillery was designed by the famous Elgin architect - Charles Doig. In 1916 the distillery was bought by the Clynelish Distillery Company which then became part of DCL in 1930. It became a key component of Ushers blends and also
contributed to Johnnie Walker blends.
Coleburn was mothballed by the present owners in 1985. Much of the original buildings remain but it is unlikely that the distillery will produce whisky again.
Gordon & maphail bottling
@BUNDLEPHOTOS[BUNDLEPRODUCTS]